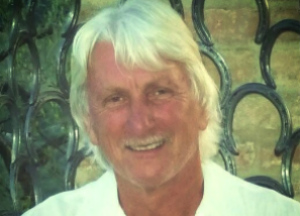 Michael is a coach and expert on creativity and its relationship to health and wellbeing. He runs workshops and retreats in Italy and other countries.

In the 80s and 90s he was Director of Photography at The Arts University of Bournemouth and recently Professor of Painting at Siena Art Institute.

He has lived in Africa, New Zealand and California where he was a Fulbright Scholar and currently lives in Le Marche, Italy, dividing his time between his personal art work and Starstone retreats and workshops. He has lectured in the States where he ran creativity workshops, and has given talks at the San Francisco Art Institute and at the Society for Photographic Education in Carmel California. He has led workshops on Open University Summer Schools and ran The Sorgente Centre in Tuscany. He is a Fellow of the Royal Society of the Arts and a CTI trained coach, specialising in creativity. You can see his artwork on www.michaeleldridge.net

He collaborates with artist Lorenzo Viscidi on their Red and Blue Art Factory project and with Stephen Bray on their ongoing photography project Trees and Sky.

He was focus speaker on creativity at the 2014 Global Conference of the ICF (international coaching federation) at Malmo in Sweden.

Starstone’s Director, Michael Eldridge, is a painter and photographer.