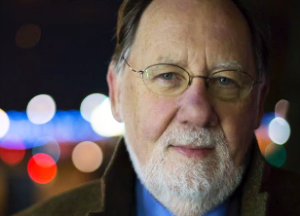 A clinical and organisational psychologist and executive coach, his main focus is in creating a General Theory of the Individual and the Organization based upon mapping how energy flows or gets blocked in the pursuit of profit or other outcomes within the organisational system. He has recently co-authored Neuropsychology for Coaches: understanding the basics (2012); River Dragon (a novel, 2014); Neuroscience for Leadership: harnessing the brain gain advantage (2015); and The Fear-Free Organization (2015).

Paul is the Association for Coaching’s Global Ambassador, Applied Neuroscience.

He lives in Vietnam and returns to the UK at least once a quarter.

Below is an interview conducted by Anthony Eldridge-Rogers, Founder FRC International, about Paul’s participation to the FRC Conference as well as what he thought about recovery coaching.

Paul, if we could just start off with you by quickly telling us who you are, what you do and what your main professional interests are, that would be a great place to start.

I’m Paul Brown. By original training, I’m a clinical psychologist and then I’m an organizational psychologist. For the last fifteen years, I’ve been especially committed to the development of what has begun to be called applied neuroscience. So all around the world are amazing number of laboratories doing fascinating work in how does the brain work, but most of neuro scientists are not fundamentally interested in the human being, they interested in the brain.

And those of us, who are fascinated by human beings at work, in their personal lives, their marriages, dealing with children, learning, sports, the work that’s been produced in these neuroscience labs seems to me to have huge relevance, but we need to extract that relevance and turn it into something that is useful. And that is the developing field of applied neuroscience.

I live in and work in Vietnam but consult in Ireland and the UK very regularly. Around me are a group of people who are interested in the development of applied neuroscience, particularly in executive coaching. We now have had nearly 100 people go through a program called the science of the art of coaching, run in conjunction with the association for coaching. We’re looking at how do you take the brain sciences and turn that into a systematic model, which we have called new behavior modeling, turning it into a systematic model so we derive coaching from knowledge, not just from technique.

So as you know, you’ve kindly agreed to participate in our conference, which is headlined as ‘Bringing coaching into recovery wellness and health care’. And could you say a little bit about what interests you in terms of participating?

I spent the first 13 years of my professional life in the National Health Service, running a Department of Clinical Psychology. And so I’ve spent many hundreds of hours with people who are in the process of attempting recovery from addictive states of various kinds. At that time, we’re going back a number of years, talking about the 1960’s early nineteen seventies, our models had nothing connected to the brain at all. We thought that human beings were learning organisms and adaptive learning could be induced relatively easily, or the alternates model course was the psychoanalytic psychodynamic model, they were much in conflict with each other but we had no integrated model of the individual. And looking back into the 20th century, it is extraordinary that psychology, when you think of the number of psychology departments and the output of psychology graduates, it is extraordinary that psychology didn’t agree on what is a person. My great hope is that the brain sciences are going to give us a completely new angle of approach to understand that. And my excitement about participating in this particular program is the real live work that is going on to try and find models of helping the individual, not just recover but actually reorganize this extraordinary aspect of themselves, called the self, in such a way that the self, which is the core guiding mechanism role of all of us, the self can adapt and implement different options for managing a life than those that have been based upon the addictive processes. I hope the brain scientists I can begin to make some contribution to that process.

What do you think of the unique challenges to making these changes and improving how we assist people to recover and do what you say, which is reconfigure / redesign the self?

I think the single great challenge to actually agree among ourselves as professionals what we mean by the self, and what it is that we’re trying to mobilize. If you look at all psychology textbooks and all management textbooks for the second half of the 20th century, you will hardly ever see the word energy put into the index. It simply past people by completely that human beings are, at some levels, not at all unique as elements in the world. They are like the rest of the world, which is that they depend upon a regular supply of appropriate energy to function. And what we’re beginning to understand is the brain is the energy manager of not only itself, which is crucial, but then the whole of the bodily systems. By the brain I mean not just the stuff that’s in the head, but the heart and the gut that connected to it too. And so what I’m especially fascinated by is developing an understanding of how do we manage energy, and how do we help redirect it. At present, my understanding is that access to doing that and into the cells is through the limbic system, and particularly by understanding how the amygdala work. The amygdala being the gateway that manages the whole of the emotional system system.

What do you anticipate will be, or what do you hope will be one of the positive outcomes of the conference?
Opening up to people’s awareness the understanding that there are beginning to be, and I absolutely want to stress the beginning, there is a new beginning in the way that we can think about human beings. And we need to develop technique and method from a new understanding of the brain as the mechanism that controls us completely. Just as a side thing I’m fascinated by the amount of literature and popular literature that is developing around stuff, called unconscious biases. If we didn’t have unconscious biases, we would have nothing at all.

And I think it’s a completely misguided perception that we should be as it were – bringing everybody’s unconscious biases up to the surface and insisting that they have new conscious biases of the kind that are politically correct. It seems to be something of a potential disaster. And I want people to start questioning a lot of 20 century political correctness from the point of view of actually how does the brain really work.

You know why the conference such as this matter and do you think it’s important that people still get together in these kinds of face-to-face situations and dialogue about these topics?

It’s hugely important. We are organisms for whom relationship is the key driver of our lives. And conferences are a wonderful mechanism for the chance relationships that happen at conferences, as well as the continuous enforcing existing current relationships. We seem to be able to establish relationships face-to-face in ways that are quite different from the relationship so we can establish on telephone or on the internet. They’ve got more power and they’ve got more signals attaching them that connected to place in such a way that they get embedded in memory much more. So I think conferences, which can be a wonderful excuse for doing nothing, can also be a wonderful place in which to systematically develop one’s thinking, one’s ideas, to be challenged, and to meet colleagues, who otherwise wouldn’t meet, and to refresh oneself, so wonderful things conferences, I am a great conference attender.

Anthony, thank you. I much look forward to being part of it.