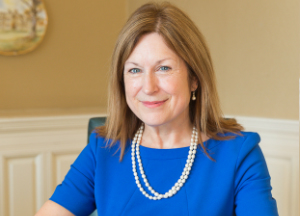 Lis’s career in mentoring and coaching follows a successful career in Human Resources with senior posts for Merrill Lynch, European Investment Banking and The Thomas Cook Group. She is Managing Director of Coach Mentoring Limited, a Director of the Professional Mentor Academy Limited, an accredited assessor for the International Standards for Mentoring Programmes in Employment (ISMPE), a Visiting Fellow of the Coaching and Mentoring Research Unit at Sheffield Business School and the EMCC UK President.

She was voted: “Mentoring Person of the Year 2011/12” by Coaching at Work magazine in the UK.

Lis works as an Executive Coach and consultant in coaching and mentoring on a global basis and has over 25 years’ experience of working in cross- cultural environments. Some of her clients in the last year include the European Bank for Reconstruction and Development, IHC Merwede, Unilever, WWF, Abercrombie & Kent, Robert McBride Ltd., JP Politikens Hus, University of Edinburgh, CIPD, Royal Society of Chemistry, MSF, ABN AMRO, AB Foods PLC, Save the Children and Irwin Mitchell LLP.

Her recent publications include a regular column in Coaching at Work magazine and contributions to four books on mentoring, as well as several academic articles. She lectures at Sheffield Business School on the MSc Coaching and Mentoring and is Module Leader for the Scheme Design and Evaluation Module.

Lis holds an MBA and an MSc in Coaching and Mentoring from Sheffield Business School. She is a Fellow of the Chartered Institute of Personnel and Development and the Chartered Management Institute in the UK.