Transformational Coaching – Revisiting the Quest and the Hero’s Journey 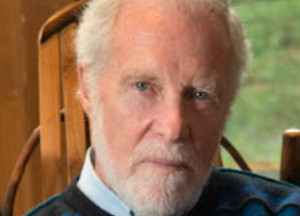 Most people who seek coaching are faced with a challenge, something to overcome in their lives. It can be a transition, a new job, a lack of confidence, a fear of failure or never feeling good enough in a world of self imposed critics.

As a coach, there is a continual search for how to help clients face the inevitable tests or trials that can suddenly arise with the recipient of the challenge not feeling equipped or capable of overcoming it. It’s like moving from the light into the dark of unknown territory where giving up control and security is part of the commitment to change.

In recent years I have been finding success in such cases by turning the pages of history and exploring aspects of the mythic “Hero’s Journey” and the concept of the “Arthurian Quest”. It requires that the client stop being an observer and becoming an active participant, to move from a posture of blame and being victim to being heroic instead. The same concept can be used in motivating a team to courageous action. And such action most often involves real risk, the possibility of loss while being vulnerable in a world where vulnerability is often denied or avoided at all cost.

This talk explores the how and why of the Hero’s Journey and how the notion of The Quest fit like the proverbial hand in a glove. No, it’s not for the faint of heart, but for those willing to throw off the self- imposed shackles of passivity and inaction and fully embrace what is possible in their own lives. For some of my clients it has provided a kick -start, a context for moving forward – the impetus of meaningful change. For others it has provided the seeds of self- insight into deeper therapeutic issues that needed exploration.

Transformation for most is not a sudden miraculous event or insight. Rather, it is a journey that has predictable steps that can be tracked, along with the fear and emotions that can accompany any meaningful change. There is always some element of risk and the reality that such risk can result in failure.

It can be like going “all in” in poker where one’s knowledge of the game and past experience may still end in disappointment at best. The alternative is to do nothing and to live in the gray world of disillusionment knowing that we never took the risk we needed to take.